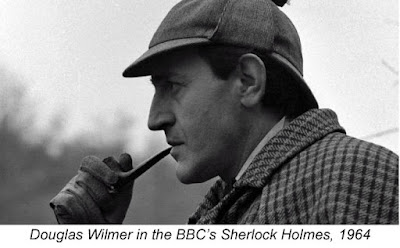 Douglas Wilmer (The Lyceum Theatre, 2000) was introduced to Sherlock Holmes by a Swiss landlady in Rugby, England.  She asked him if he had ever read Sherlock Holmes, and she dumped a pile of Holmes books on his bed.  He became “rather enthralled.” Years later (1964-1965), he played Holmes on television, a role for which he is best known.  Douglas Wilmer was born on January 8, 1920 and passed away on March 31, 2016.

In this interview, Douglas recounts the past under Nicholas Utechin’s expert questioning, responding with his typical self-deprecatory humor and candor. 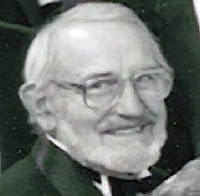 Douglas Wilmer at the 2000 BSI Dinner 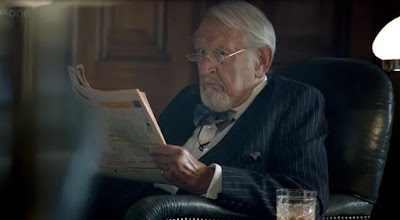 Douglas Wilmer, wearing the BSI Bowtie, as a member of the Diogenes Club
in the BBC Sherlock episode “The Reichenbach Fall”

McCafferty, Elaine and Jonathan, eds.,“The Only Actor Who Ever Got It Right - Douglas Wilmer as Sherlock Holmes,” The Baker Street Journal 2014 Christmas Annual.