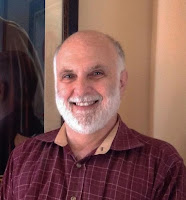 While an undergraduate at Yale College, Glen Miranker (The Origin of Tree Worship, 1991) assisted Dr. David Musto in reviving the Bull Pups of Yale. Glen graduated summa cum laude from Yale College in 1975 with a Bachelor of Science degree in computer science. He holds both Masters (1977) and Doctor of Philosophy (1979) degrees in computer science from the Massachusetts Institute of Technology.  On graduation, Glen worked for IBM and taught graduate courses as an adjunct professor at Columbia University. In 1981, he and his wife Cathy relocated to the Bay Area, where he joined a Sunnyvale start-up company.  Glen was invited by Steve Jobs to join Next Computer in 1990 and Apple Computer in 1996. For most of his tenure at Apple, he ran hardware development and served as Apple’s Chief Technology Officer (Hardware), retiring in 2004.

In 1976, his wife Cathy gave him his first collectible book, The Case Book of Sherlock Holmes.  He was invested into The Friends of Irene Adler In 1979, the Speckled Band of Boston in 1981, and the BSI in 1991.  In 2004, Glen joined the board of the BSI Trust and served as its Co-Chair from 2005-2008.  Long a bibliophile, he now devotes himself to book collecting, lecturing and assisting special-collections departments and boards at such institutions as the Houghton Library of Harvard University, the Toronto Reference Library, the Harry Ransom Center, and the Newberry Library, among others. He also collects and lectures on the history of cryptography and is a director of the National Cryptologic Foundation.

Glen has donated hundreds of BSI related historical correspondence and other items to the Trust’s collection, and he is the recipient of the Trust’s Benefactor’s Award.

The 1991 BSI Dinner
Glen Miranker received his Investiture at this BSI Dinner.

KQED Arts, June 21, 2012
An article on an exhibition at The Book Club of California that featured Glen Miranker’s collection

The Best of Sherlock Holmes, June 29, 2012
An article focusing on The Hound of the Baskervilles at The Book Club of California exhibition

Forbes, November 26, 2013
An article on Glen Miranker and his collection

The Guardian, October 16, 2014
An article on the Sherlock Holmes Exhibition in London, many of the items at which were loaned by Glen Miranker