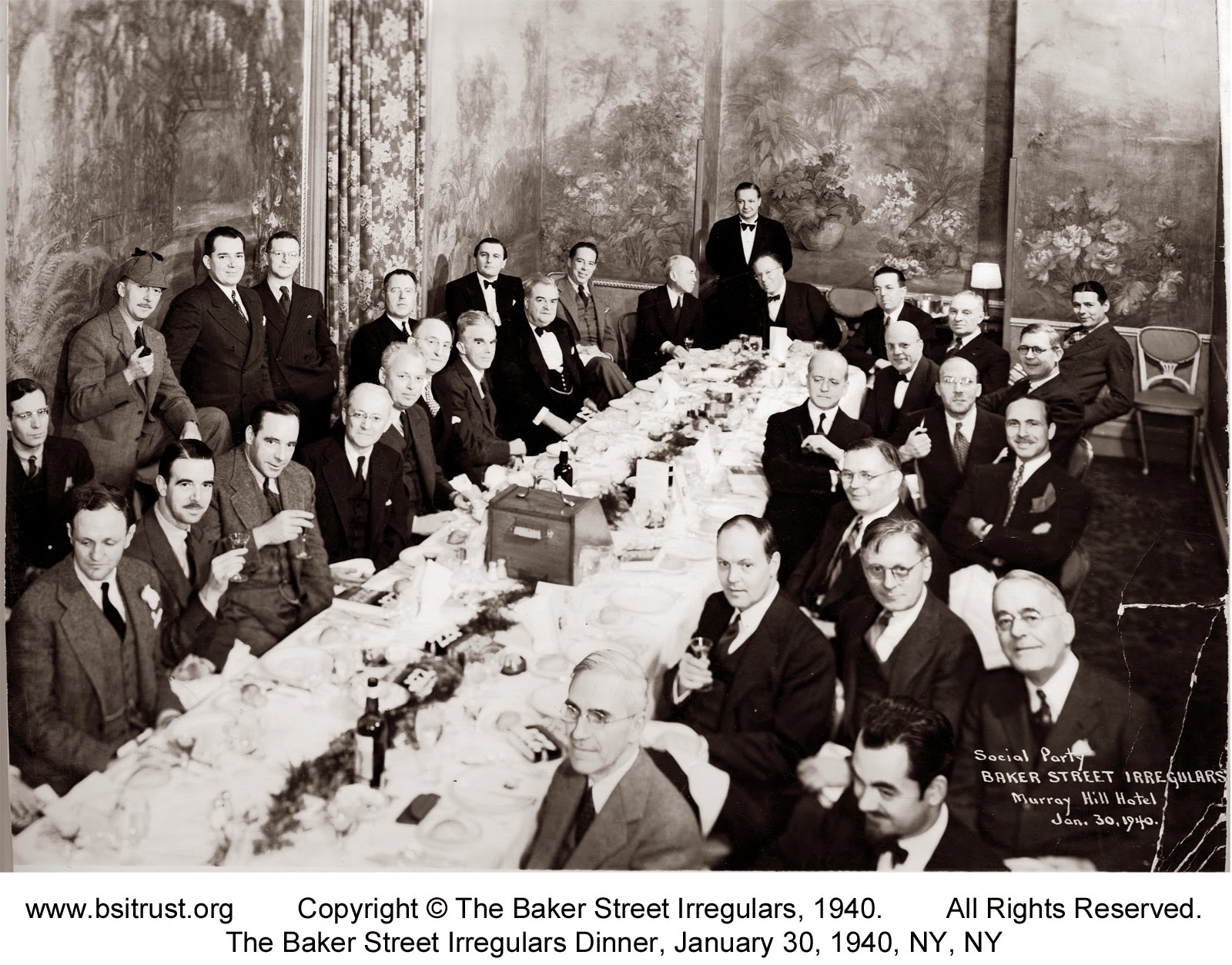 After a four year hiatus, the BSI met, again, in 1940.  During the hiatus, Edgar W. Smith (a General Motors vice-president) had volunteered to help organize the dinner.  He soon was dubbed the Secretary of the BSI, with the title of “Buttons.”  The 1940 dinner was called to celebrate the publication of Vincent Starrett’s 221B, a copy of which was put at each person’s place setting.  Thirty five people attended, including Denis P. S. Conan Doyle (son of Arthur Conan Doyle), mystery writer Howard Haycraft, all three Morley brothers, and Edgar W. Smith. Toasts were drunk to The Woman, Mrs. Hudson, and Doctor Watson’s Second Wife. The BSI’s Constitution was read, a ritual that has survived through the years.  Felix Morley presented a paper on “The Significance of the Second Stain.”  Denis P.S. Conan Doyle spoke on “My Father’s Friend, Mr. Sherlock Holmes.”

"Stand with me here upon the terrace..."
(as named at this Dinner, not their year of passing)
None this year.
What is the origin of "standing on the terrace?"

Morley, Felix, “The Significance of the Second Stain” (digitized images at Harvard)
Paper given at dinner.  16 pages.  Sequence 41-56.


For an index to all BSI Dinners and photos, see our BSI Dinner Summary list.