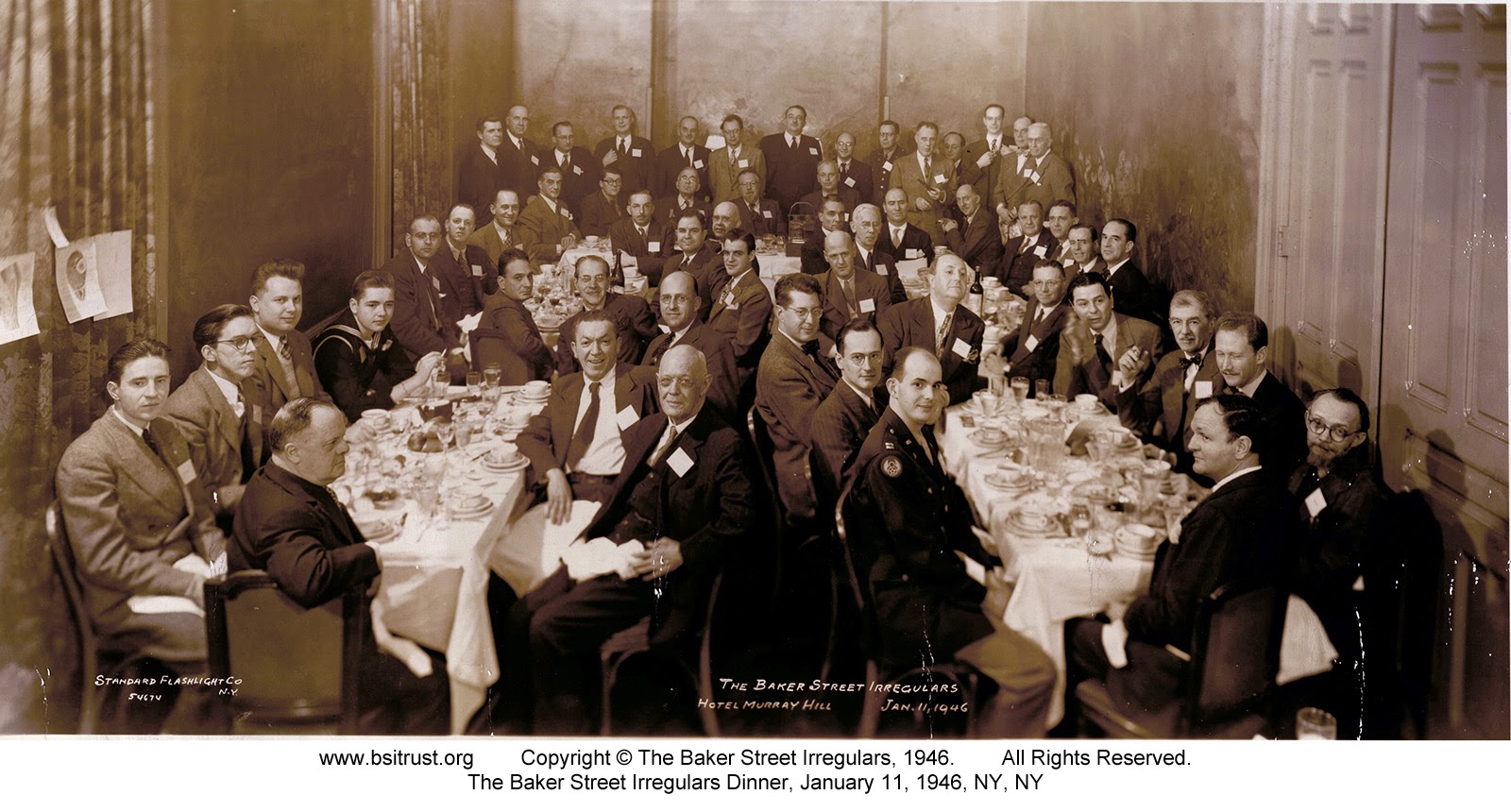 In 1946, the BSI Dinner witnessed the notable acceptance of membership in the Society, honoris causa, by President Harry S. Truman. “I commend your good sense in seeking escape from this troubled world into the happier and calmer world of Baker Street,” Edgar W. Smith’s minutes quotes from the 33rd President's note. “I had read all of the Holmes novels before...I was twelve years old.”

Sixty personages attended the Dinner, including Anthony Boucher, James Keddie, Jr., and Christopher Morley, Sr. and Jr. Mr. C.R. Andrew of the Scandalous Bohemians of Akron, Ohio presented the Dinner attendees with a quiz which required them to identify 15 canonical characters with their associated story. Mr. Benjamin Clark of the Five Orange Pips of Westchester County took first place in the contest, winning a rare edition of S.C. Roberts' pamphlet Doctor Watson. Professor Herbert W. Starr of Lafayette College in Easton, PA took second place, becoming the owner of a framed portrait of Sherlock Holmes drawn by the late, famed illustrator Fredric Dorr Steele. The quiz is subsequently reproduced in the April 1946 Baker Street Journal. Six scholarly addresses were presented, including “John and James” by Giles Playfair, which plumbed new facets of the issue of the two Watsons.

The Woman:
Helene Yuhasova
What is The Woman honour?