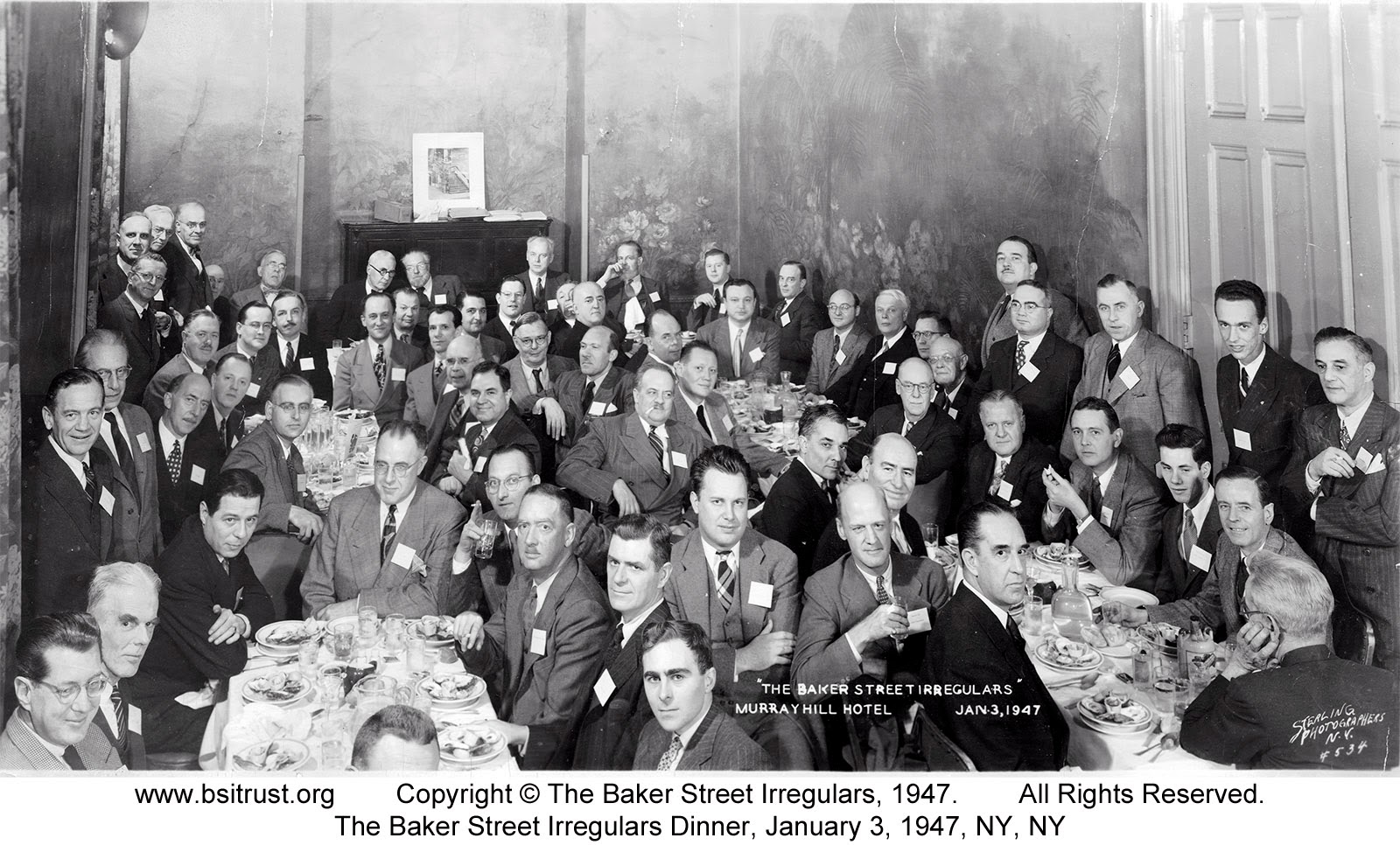 Seventy members and guests, including delegations from Boston, Providence, Baltimore, Detroit, Philadelphia, and Westchester, attended the 1947 Dinner. Adrian and Denis P.S. Conan Doyle were unable to attend the Dinner, and they sent cablegrams. The latter’s read, “Dear me, Mr. Morley, dear me!” Several attendees delivered scholarly remarks, including Prof. Theo. B. Hunt, Rolfe Boswell, Elmer Davis, and Rex Stout, who expounded upon “The Love-Life of Mr. Moriarty,” in which the evening’s host, the Murray Hill Hotel, as well as 100 maidens, were prominently featured.

Richard W. Clarke, for the Five Orange Pips of Westchester County, presented the Quiz-of-the-Year. It ended in a tie, with Rolfe Boswell and R. G. Harris as victors. C. B. H. Vaill came in second place. Fred Dannay presented those present with copies of the February issue of Ellery Queen’s Mystery Magazine. At the evening’s conclusion, a fifth, uncanonical toast was proposed: “To the Murray Hill Hotel!”

The Woman:
Mrs. Morris L. Kaplan (Carolyn A. Davis, daughter of Elmer Davis)
What is The Woman honour?